I ended an article published in 2003 "Vestlig sufisme og traditionalisme,"* by saying that "Traditionalism seems to benefit from globalization." A correspondent in Georgia wrote to question this, arguing that since globalization was the negation of tradition, this could not be the case. An interesting discussion followed.

Conclusion: indeed, the success of a project to adjust the globe to American norms would certainly mean the extinction of local traditions, and the defeat of Traditionalism. However, in the absence of its complete success, the perception of such a project--whether it really exists or not--engenders resistance to it, and one form that resistance can take is Traditionalism.

It seems to me that one reason for enthusiasm for Traditionalism in countries such as Georgia (and--more frequently--Russia) is precisely this: perception of a threatening project of globalization, a perception that is strengthened by the changes that have already taken place.

* In Den gamle nyreligiøsitet, Vestens glemte kulturarv, ed. Mette Buchardt and Pia Böwadt (Copenhagen: Anis, 2003), pp. 139-51. No, they don't generally read Danish in Georgia, but there is an English translation of the article.

Email ThisBlogThis!Share to TwitterShare to FacebookShare to Pinterest
Other posts on: Georgia, globalization

Traditionalism fading somewhat from the Boutchichiyya

A correspondent has brought me up to date on the Boutchichiyya in France.

The Boutchichiyya is the Moroccan tariqa that is not Traditionalist, but includes among its followers many former and/or semi-Traditionalists, especially in France.
Its most notable semi-Traditionalist member is Professor Faouzi Skali, the creator of the Fes Festival of world sacred music and the author of several books, most notably La voie soufie. Skali is the tariqa's representative in France, but is now less involved, and with this--and as the tariqa is growing--it is becoming somewhat less Traditionalist.

Email ThisBlogThis!Share to TwitterShare to FacebookShare to Pinterest
Other posts on: Boutchichiyya, France

Change of name and change of address 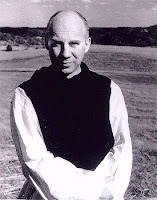 The Thomas Merton Foundation, which I recommended for further information on Thomas Merton (see chapter 8 of Against the Modern World) has changed its name to The Merton Institute for Contemplative Living.

The new address of their website is www.mertoninstitute.org
No comments:

Email ThisBlogThis!Share to TwitterShare to FacebookShare to Pinterest
Other posts on: America (North), Christianity, Maryamiyya

A colleague tells me that Guénon is read with approval by many Nurcus--the followers of Said Nursi. A good fit, I think.

The same colleague also questions my view, expressed in Against the Modern World, that Traditionalism in Turkey is not political. On the contrary, he argues, it has major political implications as a voice against Western culture. This must be right--this is the role that everyone is agreed Traditionalism played in Iran before the revolution, so it could hardly not be the case in Turkey too.
No comments:

Email ThisBlogThis!Share to TwitterShare to FacebookShare to Pinterest
Other posts on: Turkey 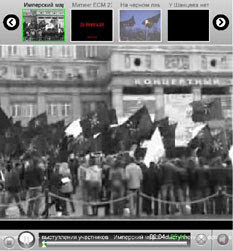 Alexander Dugin's associates have once again shown their considerable media talents. A number of excellent video clips are available on Ru Tube (not to be confused with YouTube!). Excellent photography, and some very interesting music. A few clashes with the police, some speeches by Dugin, outings in the woods... essential viewing, actually. Try the classic style, and the postmodern style. Also visit Eurasia TV.
No comments:

Email ThisBlogThis!Share to TwitterShare to FacebookShare to Pinterest
Other posts on: Music scene, Russia 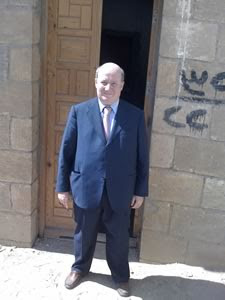 Another pilgrimage to Guénon's tomb... this time, by Massimo Introvigne (see photo), the director of CESNUR, the Center for Studies on New Religions, one of the leading bodies in the field.

In his account of his visit (in French), Intovigne gives a mobile phone number for those looking for the tomb (+ 20 12 375 6109). But since phone numbers in Egypt change quite frequently, if this doesn't work, see an earlier post on the subject here.

There's a "PhD position" going in Western Esotericism at the Center for History of Hermetic Philosophy and Related Currents at the University of Amsterdam. This sort of position is the specialty of certain European countries--instead of the student paying the university to do a PhD, the university pays the student!

Since "the research proposal will focus on a relevant topic in the period from the Enlightenment (18th century) to the present," something related to Traditionalism might be acceptable. Potential applicants see the job ad.
No comments:

Email ThisBlogThis!Share to TwitterShare to FacebookShare to Pinterest
Other posts on: academia

Dr Timothy Scott of La Trobe University (Bendigo, Australia) has just announced the creation of a "a scholarly, peer-reviewed journal in the field of Traditional Philosophy and Religious Studies," called The Eye of the Heart.

The announcement of this journal was carried by the ListServ of the Section for the study of Islam of the American Academy of Religion--the #1 body for academics teaching about Islam in US universities, to which many non-American academics also belong.

It's interesting to see further signs of Traditionalist activity in Australia, but it's especially interesting that the journal is peer-reviewed. There are two points about peer-review. One is that it improves the quality of articles. The other is that it gives respectability in university circles. Academics have to report their activities to university administrators, and in this context a peer-reviewed article counts for a lot more than one that is not peer-reviewed. The journal, then, is both a sign of Traditionalism gaining (or attempting to gain) respectability in mainstream academic life, and of Traditionalism "coming out." For years, many academics have been in some sense Traditionalists, but have usually kept this to themselves.

However, the editors have given themselves a let-out. According to the Call for Articles, "articles that do not fit the academic criteria for peer-review but are deemed of value will be published under a non peer-reviewed category."
1 comment: