For those who prefer to read in French: Against the Modern World is now available in translation as Contre le monde moderne : Le traditionalisme et l'histoire intellectuelle secrète du XXe siècle, from Dervy.

There is an introduction by Jean-Pierre Brach of the École pratique des Hautes Études, and a postface by Thierry Giaccardi, the translator. A few corrections have been made to the text of the original English edition.

Email ThisBlogThis!Share to TwitterShare to FacebookShare to Pinterest
Other posts on: Against the Modern World, France, new books

Dugin in plot to topple government of Turkey?!

Sometimes I think I need a separate blog just to report highlights of the activities (or alleged activities) of Alexander Dugin... 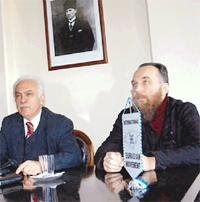 Now it is plots and Turkey. For anyone who hasn't noticed, 86 prominent Turks were charged in July 2008 with plotting to foment unrest with the ultimate aim of toppling the (mildly Islamist) AKP government of Turkey, as part of an ultra-nationalist network called Ergenekon. Opinion seems divided--some see Ergenekon as an attempt by a secularist group or even a "deep state" to finish off the AKP, while others see the charges as an attempt by the AKP to finish off some leading secularists and frighten off some others.

The latest twist in the story is the allegation that key Ergenekon members were closely associated with Russia, and that the link was Alexander Dugin. Those who see the charges as being mounted by the AKP against patriotic secularists naturally see these allegations as a further and baseless attempt to discredit those charged. Those who see contemporary Russia as having returned to the most aggressive practices of the old Soviet Union naturally see these allegations as yet another element in a worrying pattern.

Dugin has certainly met some of the Ergenekon figures, and there may even be some overlap of ideas. Whether there is any more truth to the allegations than this may become clear with time, since Turkish prosecutors are reported to be preparing to introduce evidence of Dugin's role in court at some stage.
1 comment:

Email ThisBlogThis!Share to TwitterShare to FacebookShare to Pinterest
Other posts on: Russia, Turkey

This book is of interest because it gives part of the wider context in which Traditionalist Sufism evolved. One article on "European Neo-Sufi Movements in the Inter-war Period" (by me) deals specifically with this, but many others are also relevant.

Other topics include: Muslim networks in early twentieth-century Britain, the first Muslim missions on a European Scale, Arab seamen in Britain, and 'Jihad Made in Germany.'
1 comment:

Email ThisBlogThis!Share to TwitterShare to FacebookShare to Pinterest
Other posts on: Guénon, new books 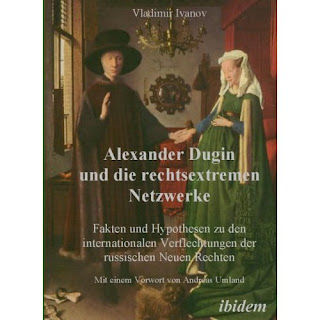 I haven't read the book, and were it not for the preface by Andreas Umland (a serious scholar who has followed Dugin closely) I would be tempted not to take what it says is its main thesis very seriously.

The book argues that Dugin can be placed within a network of former Warsaw Pact "crypto-fascist" intelligence officers, themselves networked with colleagues in NATO intelligence services services who included former Nazis adopted by the victorious Western allies after the end of the Second World War.

But whether or not this argument is convincing, the book may still be interesting. Read the English abstract (or, if you know German, read the book itself).
3 comments: