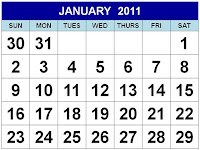 For those who have not noticed: Friday, January 7, 2011 will be the 60th anniversary of the death of René Guénon.
No comments:

Email ThisBlogThis!Share to TwitterShare to FacebookShare to Pinterest
Other posts on: Guénon

As mentioned in Against the Modern World, Quinn (who was Eliade's PhD student) remembers Eliade as a Traditionalist. This article gives more details of the relationship, generally confirming what is already written.

One interesting detail: Quinn reports that Eliade "instructed [him] to minimize [his] use of the principal figures and literature of modern theosophy during my tenure as a student." Rather as Eliade himself minimized his public use of Traditionalist litterature? For Quinn, this cautious approach was "more like a sublimation than a repudiation ... and [his] ultimate success at the university ... was the proof of its wisdom."
1 comment:

Email ThisBlogThis!Share to TwitterShare to FacebookShare to Pinterest
Other posts on: Eliade, new articles, Theosophy

A short history of traditionalism in Poland

Marek Rostkowski, editor of the Polish magazine Reakcjonista, has kindly provided the following “short history of traditionalism in Poland.”

Integral Traditionalism is not, and has never been, a strong movement in Poland. One could even say that it has not been a movement at all, since there are or used to be very few people involved in its promulgation.

Although it was as early as in 1933 that the first Polish translation of a Traditional author appeared (of one chapter from René Guénon’s La crise du monde moderne), the origins of today's Traditionalism in Poland go back to the early 1990s when the Euroaryan Cultural Circle “Airyanem Vaeyo” was established. This was a study group which researched various aspects of Tradition, mainly those concerning European culture and history. A publishing house, Parzival, was founded, which published a magazine called Szary Wilk (only one issue in 1993 appeared), two small books by Evola (Etyka Aryjska/Aryan Ethic, Chorzów 1993 and Orientacje/Orientations, Chorzów 1993), and Kolebka Ariów (The Cradle of the Aryans) by Bogdan Herbut Kozieł who, among other things, translated the above-mentioned books as well as many other of Evola’s writings into Polish. He was the main person responsible for all those achievements of traditional thinking in Poland at that period. Unfortunately, after some time he withdraw from activity. One can also mention that some other magazines like Fronda and Szczerbie that published Evola’s articles. This was the first wave of Traditionalism, if one may so call it.

The second wave came in the late 1990s. An interest in Evolian writings arose among people who identified themselves with the heathen or pagan movement and the New Right as well. It was in Odala magazine that most Polish translations of Evola’s texts were then published. However, occasionally other magazines like Odmrocze or Pro Fide, Rege et Lege also published articles by or about Evola. At that time one could observe an increasing interest in Traditionalism among scholars at various universities. One of the most important turning points in acquainting Polish readers with Evola’s heritage was a monograph dealing with the life and thought of Evola, Mity tradycjonalizmu integralnego (The Myths of Integral Traditionalism, Warsaw 1998) by Zbigniew Mikołejko. One can also mention Adam Wielomski, a scholar who not only contributed to a better knowledge of Evolian thought in Poland but also aroused an interest in Evolian Traditionalism among members of the Polish conservative movement.

In 2004 another wave, stronger than all previous ones, appeared. This time two undertakings of a strictly traditional scope sprang up. Those were the juliusevola.tk website – created by KS – and my own Reakcjonista magazine. At first they were almost completely Evolian in orientation – and the website has not been changed in this respect – but later other traditional authors were also included. For example in Reakcjonista’s pages there have been published writings by R. Guénon, A. and R. Coomaraswamy, F. Schuon, T. Burckhardt, M. Lings, A. Dugin, A. László, M. A. Schwarz and others. Some articles by and about Evola also appeared from time to time in a few other magazines as well--for example Templum Novum, Ulvhel, and Młodzież Imperium. There are also being published strictly scientific studies discussing the Evolian and Guénonian worldview.

At present, Reakcjonista continues (no. XI has been published recently) and juliusevola.tk has been incorporated in a bigger website, tradycjonalizm.net, where there are not only Evola’s writings but also R. Guénon’s and A. K. Coomaraswamy’s, and where in the future there will be texts of many other traditional authors.

So far, there have not been published any major books by J. Evola, not to mention works of other traditionalists.
2 comments:

Email ThisBlogThis!Share to TwitterShare to FacebookShare to Pinterest
Other posts on: Evola, Neo-paganism, Poland

Forthcoming book on Russia and neo-Eurasianism

In this study of post-Soviet writing culture Clowes demonstrates a major shift in the dominant metaphors of Russian identity, from the temporal to the spatial. She argues moreover that newly refurbished geographical metaphors, or imagined geographies, give a useful standpoint for examining the debate between aggressive ultranationalists and committed universalists about being Russian. Is any citizen of the Russian Federation a Russian, with the full complement of rights accruing to that status? Or are only ethnic Russians really “Russian”? Where is the “real” Russia? Clowes lays out several sides of the debate. She takes as a backdrop to the debate the strong criticism of Soviet Moscow and its self-image as uncontested global hub by major late-20th-century writers, among them, Tatyana Tolstaya and Viktor Pelevin.

The most vocal, visible, and colorful rightist ideologue, Aleksandr Dugin, the founder of neo-Eurasianism, has articulated positions debated by such writers and thinkers as Mikhail Ryklin, Liudmila Ulitskaia and Anna Politkovskaia, who wish to see the birth of a new civility in Russia. Dugin’s views and their many responses—in fiction, film, philosophy, documentary journalism—form the body of this book.