They say that after they retire, scholars sometimes write the books they always wanted to write. Joel S. Kahn, a distinguished anthropologist at the University of Melbourne who worked mostly on Southeast Asia, is now a professor emeritus and seems to have done just that.

The result is Asia, Modernity and the Pursuit of the Sacred: Gnostics, Scholars, Mystics and Reformers (Basingstoke: PalgraveMacmillan, 2015). In this book, Kahn tries to go beyond what he sees as the sterile secular/religious dichotomy by finding resources in Western culture that might allow us to take Asian religion seriously. For this purpose, he looks at what he calls (following Jeffrey Kripal) the "Gnostic current" between the two world wars, the basis of so much that has happened since. And from this current he takes four key writers: René Guénon, Alexandra David-Néel (the feminist, anarchist explorer), Erwin Schrödinger (the Austrian physicist), and Hermann Hesse (the German poet and novelist). The book has eight chapters. Two are introductory, then each writer gets one chapter, and then two conclude.

This looks like an absolutely fascinating book. First, for those interested in Traditionalism, Guénon is put in company that he is not usually found in, but company that immediately makes intuitive sense. Second, for those interested in anthropology, a leading anthropologist is attempting something new, rather radical, and perhaps important. And third, Traditionalist thought is being taken in an unusual but productive way: not as pure truth, and not as purely marginal, but as an important stream of modern thought.
1 comment:

Email ThisBlogThis!Share to TwitterShare to FacebookShare to Pinterest
Other posts on: anthropology, Australia, Guénon, new books 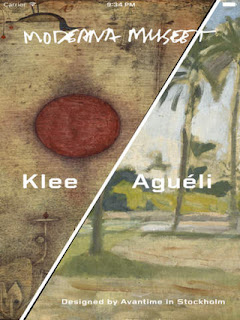 An exhibition entitled "Klee/Aguéli" has just opened at Moderna Museet, Stockholm's modern art museum. 86 paintings are on display until April 24, 2016.

It was, of course, Ivan Aguéli who "initiated" René Guénon into Sufism, and was one of the first Western Sufis to write about Ibn Arabi. But he is still most famous in his native Sweden for his painting, even though it is known that he was a Sufi, and had a colorful life. "A painter, anarchist, Sufi and traveller," writes curator, Fredrik Liew on the museum website, "Aguéli’s life story is a novel in itself."

The exhibition is accompanied by an app and a publication, which I look forward to reading.
No comments:

Email ThisBlogThis!Share to TwitterShare to FacebookShare to Pinterest
Other posts on: Aguéli, art, exhibitions, Scandinavia

Course on Traditionalism at UC Davis

A graduate course on Traditionalism is being taught this Spring semester in the Study of Religion graduate program at the University of California, Davis by Allison Coudert with assistance from Aaron J. French. Major assigned texts are my own Against the Modern World, The Crisis of the Modern World by René Guénon, Revolt Against the Modern World by Julius Evola, and René Guénon and the Future of the West by Robin Waterfield. Then there are further readings by Frithjof Schuon, Richard Smoley, Patrick Laude, Seyyed Hossein Nasr, Anton Shekhovtsov, Andreas Umland and John Cody Mosbey. Looks good!

Mosbey has not been mentioned before on this blog. The article of his that is assigned, “Russia, Dugin, and Traditionalism in Politics: Political and Theological Placement of The Fourth Political Theory,” is available online.
2 comments:

Email ThisBlogThis!Share to TwitterShare to FacebookShare to Pinterest
Other posts on: academia, Against the Modern World, America (North), courses, Evola, Guénon, Maryamiyya, Russia 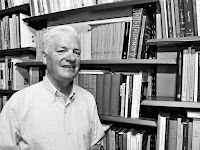 García Bazán represents the third generation of Argentinian Traditionalism, according to the short article "Tres generaciones de tradicionalistas argentinos" (Three Generations of Argentine Traditionalists), written by myself (Mark Sedgwick). The English text of this short article can be downloaded from academia.edu. It argues that Argentinian Traditionalism has always been Catholic, and that it was more influential in its first two generations, notably in the political arena, than it is today. Even though Traditionalism is not especially influential in Argentina today, however, it is taken seriously in academic and intellectual circles. In this Argentina matches Russia, and differs from the USA and most of Europe.

Three other articles deal with the influence of Traditionalism and of Eastern thought on García Bazán. One, "La recepción guenoniana en la obra de García Bazán" by the Spanish philosopher José Antonio Antón Pacheco argues, in effect, that García Bazán was what I would call a "soft" Traditionalist, if only because he attached more importance to Neoplatonism than Guénon did. Pacheco teaches at the University of Seville, and his contribution, which demonstrates a fine grasp of the work of both Guénon and García Bazán, shows that there are some European academics who take Guénon seriously at an intellectual level.
2 comments:

Email ThisBlogThis!Share to TwitterShare to FacebookShare to Pinterest
Other posts on: academia, America (South), Christianity, Spain

Traditionalism, René Guénon and the contemporary Maryamiyya are discussed in a new book, Living Sufism in North America: Between Tradition and Transformation by William Rory Dickson (State University of New York Press, 2015). The first part of the book provides an excellent concise history of Sufism, in the Muslim world and then in the West, which is where Guénon is discussed, and contextualized. Then, in the second part, Dickson discusses the responses of ten leading contemporary American Sufi shaykhs, including Seyyed Hossein Nasr of the Maryamiyya, to five topical issues impacting all American Sufis: authority, culture, gender, the relationship between Sufism and Islam, and the participation of non-Muslims.

As Dickson notes, it is clear that Nasr emphasizes Islam more than Frithjof Schuon did, and does not prioritize the esoteric in the same way as Schuon. Commenting on what he calls "California Sufis," those who want to have Sufism without Islam, Nasr notes that they want to have the fruit without the tree, and so have a limited future: the tree is necessary, and non-Islamic Sufism lacks rooting in a divine message. Nasr also emphasizes that traditional forms and practices have value in themselves. This sets him apart from most of the other Sufis interviewed by Dickson, who are much happier to sacrifice forms and practices to adapt to American realities.

Even Nasr, however, makes some concession to realities where gender is concerned. While (unsurprisingly) rejecting feminism in principle, Nasr distinguishes between "instructive" and "administrative" functions within Sufism, and reserves only administrative functions (which others might call positions of power) for men. There are, according to Nasr, ever more "highly qualified women who are interested in the spiritual life... and who also, intellectually, are able to deal with the gnostic, intellectual aspects of Sufism." He explains this partly in sociological terms, as women go to college and experience and act just as men do, but firstly in metaphysical terms, as "compensation for the downfall of men spiritually."

Living Sufism in North America is interesting because it puts into dialogue with each other the views of different Sufi shaykhs on issues that they all encounter but rarely discuss openly or comment on publicly. One exception to this is that another shaykh interviewed by Dickson, Yannis Toussulis, does make one explicit comment on Traditionalist positions. He criticizes the Traditionalist quest for what he calls "hyper-coherence," a quest that he feels leads the Traditionalists to ignore the diversity that has always existed within Islam and Sufism.

My thanks to Neon Knight for drawing my attention to this book as one of the few places in which Nasr publicly discusses his work as Maryami shaykh.
2 comments: