Is Alexander Dugin really the new sage of the Kremlin?

Whether or not Dugin is the new sage of the Kremlin, he is making a bigger mark on the internet and the press, according to Google Trends.

Searches for "Dugin" in Latin script above, and press mentions below:

Searches in cyrillic, however, have peaked, and press mentions go up and down:

Of course, the big question now is how Dugin's politics relate to his Traditionalism. I haven't had any contact with him since 2006, but my view would be that Traditionalism is still an important part of his motivation and analysis.
No comments:

Seyyed Hossein Nasr and the Environment: “Ecoside is suicide”


Seyyed Hossein Nasr has been voicing his concerns about the devastation of the natural environment since the end of the 1960s. He has articulated his views in several books--The Encounter of Man and Nature (1966), Man and Nature: the Spiritual Crisis of Modern Man (1989) and Religion and the Order of Nature (1996)--and in numerous lectures.

I am presently working on a BA thesis on Nasr’s environmental ideas. Having worked as an environmental policy researcher for some years, the religious perspective on the environmental crisis in Nasr’s thought caught my attention. Nasr’s views are extremely interesting. They provide a different perspective from the mainstream environmental discourse, although he shares common ground with deep-ecology thinkers and venerated icons of the environmental movement like E. F. Schumacher (Small is Beautiful). Present research about Nasr addresses his Traditionalist views, his philosophy, his ideas about ‘science and Islam,’ etc., but his environmental views seem to get less attention.

According to Nasr, the environmental crisis is in fact a spiritual crisis, finding its root cause in the modern Western materialistic and secular worldview. A solution for the environmental crisis is to be found in a rediscovery of ‘traditional’ religious cosmology, values and truths. Nasr explicitly draws on religious, mystical metaphysical systems of thought–not only Islamic–that have, in his view, been eclipsed by modernity and need to be revived. These emphasize the inherent unity and interrelatedness of nature, humanity and the Divine.

My research covers Nasr’s views and the responses to his work (his audiences). All suggestions will be appreciated. Either leave a comment on this blog, or email am.schwencke@planet.nl.
4 comments:

Email ThisBlogThis!Share to TwitterShare to FacebookShare to Pinterest
Other posts on: Environment, Maryamiyya, Research

Nominations are invited for the first biennial ESSWE PhD Thesis prize, awarded by the board of the European Society for the Study of Western Esotericism. The prize will be given for an outstanding European PhD thesis completed between 1 January 2007 and 1 March 2009 on any aspect of Western Esotericism (broadly conceived). The thesis may be European in the sense of having been submitted at a university in Europe, or in the sense of having been submitted by a European citizen at a university anywhere in the world. The thesis must have been approved formally by the nominee's thesis committee, but the degree need not have been formally awarded.

The prizewinner will be notified in May 2009 and will receive an award of €500 and a certificate, to be presented at the ESSWE conference in Strasbourg, 2-4 July 2009. The thesis will also be recommended for publication in the ARIES Book Series, though the final decision on publication will be taken by the ARIES Book Series editorial board, not the Prize Committee. If it deems that no thesis reaches an appropriate standard, the Prize Committee will not award a prize.

Nominations must be made by electronic mail to the Chair of the Prize Committee, Mark Sedgwick (Aarhus University, Denmark, mjs@teo.au.dk) by 1 March 2009. The nominator must be a faculty member at the institution that awards the nominee’s PhD degree, or a member of the nominee’s thesis committee. Each nominator may make only one nomination. The applications should consist of pdf files of the following material:
Items 1, 3 and 4 must be in English. Item 2 may be in any one of the following languages: English, French, German, Italian, or Spanish. Item 5 may be in any language, so long as a translation into English is provided if it is not in English, French, German, Italian, or Spanish.

The Prize Committee consists of:

Email ThisBlogThis!Share to TwitterShare to FacebookShare to Pinterest
Other posts on: Competitions 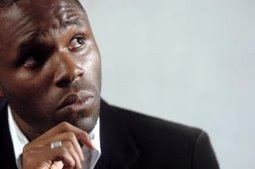 Guénon has found a new fan in France: Kémi Séba, a somewhat notorious African-nationalist activist, who recently converted to Islam and is being referred to by some as "France's Malcolm X." His following, however, seems considerably smaller than that of America's Malcolm X.

Séba read Guénon in a French jail in early 2008, while serving the most recent of a series of short sentences for inciting racial hatred. In an August 2008 interview with Saphir News, a French Muslim on-line newspaper, he referred to several of Guénon's works, and said that although Guénon was not the only reason for his conversion to Islam, it was Guénon who had shown him that Islam was more than the religion of the Arabs (Séba's previous African-nationalist position had condemned Arabs, and so Islam, as well as Jews, Zionists, and whites in general). Séba's reading of Guénon had evidently led him to accept the Traditionalist version of the perennial philosophy, though Séba did not use the term. Another reason for Séba's conversion to Islam was evidently prior membership of the Nation of Islam. Séba's interviewer, Amara Bamba, also comes over as something of a Guénon enthusiast.

Séba was born Stellio Capochichi in 1981 in Strasbourg to parents who had emigrated to France from Benin. Before establishing the MDI, Séba founded and led two other organizations described as "antisemitic ultra-radical mini-groups" by Le Figaro, the Tribu Ka (Ka Tribe, from 2004 until its dissolution by government order in 2006) and the Génération Kémi Séba (from 2007). Although it was the antisemitism of these organizations that drew the attention of the French police and press, antisemitism does not seem to have been their only point.

My thanks to Jean-François Mayer for drawing my attention to the Saphir News interview.
2 comments: