On the early history of the perennial philosophy

An old but excellent article on the early history of the perennial philosophy of which I have just become aware is Charles B. Schmitt, "Perrenial Philosophy: From Agostino Steuco to Leibniz," Journal of the History of Ideas 27 (1966), pp. 505-532. 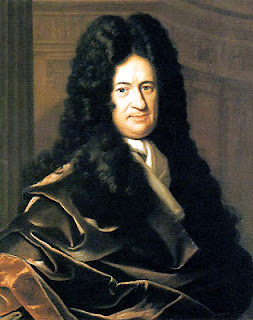 On Leibniz, he concludes:


Although it is more fashionable today to see Leibniz as a "precursor of modern logic and mathematics" or as a brilliant metaphysician, his affinity to the tradition of perennial philosophy as envisioned by Steuco is most clear. Leibniz's whole philosophy of harmony is very similar to that expressed by Steuco and the others we have discussed, although in Leibniz the metaphysical foundations of such a Harmonistik are much more carefully worked out, recalling in some ways Cusanus' attempt to give a metaphysical basis to a "philosophy of concord" . . . In a sense, Leibniz is the most eminent defender of the tradition called by Steuco philosophia perennis. Moreover, Leibniz's attempts to bring about religious unity-in a century not reputed for its ecumenical spirit-hark back to Cusanus, as well as to Ficino and Pico.


For more on Leibniz and the perennial philosophy, see
These suggestions are from Renato Cristin, Heidegger and Leibniz: Reason and the Path (Dordrecht: Kluwer), 1998, p. 83.

My thanks to Anders Klostergaard Petersen for bringing the Leibniz connection to my attention in the first place.
2 comments:

Email ThisBlogThis!Share to TwitterShare to FacebookShare to Pinterest
Other posts on: perennial philosophy, traditionalisms (other)

To judge from reviews and an interview with the author, De Martino looks into Eliade's early thought. He argues that Eliade first encountered the philosophia perennis through nineteenth-century sources such as Papus before encountering the work of Guénon. He also looks at Eliade's early views on magic, which seem very much  influenced by Evola.
1 comment: