This book is a comparative study of the thought of the two great Traditionalists and of two non-Traditionalists, the great French scholars Louis Massignon (1883-1962) and Henry Corbin (1903-1978). Neither Massignon nor Corbin were Traditionalists (Massignon described Traditionalism as "very seductive," if  fundamentally wrong) but their thought and topics had enough in common with Guénon's and Schuon's for the comparison to be illuminating. And the book shows how Traditionalism was in some sense part of a broader French trend towards the discovery of esoteric Islam in Sufism (and, in Corbin's case, Shiism).

The book is not easy reading given its topics, and it helps if you know something about Islam. But it is well written, and recasts the familiar in new from, as well as introducing the not-so-familiar. Laude is an insider, but can still be critical, even occasionally of Schuon.

The book is also interesting on the relationship between Traditionalism and Islam. Laude concedes that Guénon’s understanding of Sufism was “virtually independent from a consideration of the essentials of the Islamic faith” (p. 58) and that Schuon’s understanding might be seen as a “reconstruction of the tradition itself” (p. 59). Laude quotes Schuon, who in effect distinguishes an esoteric and exoteric level in the sunna: “What the faqir will retain of this Sunna will be, not so much the ways of acting as the intentions that are inherent in them” (98).

One last quote: “The perennialist perspective may be a precious instrument of interfaith efforts when understood as an intellectual and spiritual framework allowing one to situate differences within an integral context that makes sense of their raison d’être” (p. 132).

Email ThisBlogThis!Share to TwitterShare to FacebookShare to Pinterest
Other posts on: academia, France, Guénon, Maryamiyya

The intellectual history of Traditionalism in America

The book in some ways retraces my own Against the Modern World but does so with a different focus, on intellectual history. More on the intellectual origins of Traditionalism and perennialism; more on their development, especially in US academia, and especially by Coomaraswamy, Nasr, Huston Smith and James Cutsinger, with reference also to the next generation and to others who were relevant to that development.

Among the books major objectives are to establish


how certain characteristics of Guénonian traditionalism give way to a more inclusive and holistic philosophy [and] ... how, in a doctrine with a methodical aspect in which the ascent to the divine takes the path of art and nature, the danger of counter-initiation and Antitradition disappears in favor of the simultaneously ontological and epistemological reality of the "supernaturally natural" function of the intellect or human powers of discernment that thus serve as pontifex.

The book has four main sections:

Seyyed Hossein Nasr is among the world's top 50 Muslims, according to The Royal Islamic Strategic Studies Centre in Jordan, which has published a report on The 500 Most Influential Muslims in the World in conjunction with the Prince Alwaleed Bin Talal Center for Muslim-Christian Understanding at Georgetown University.

In a list headed by Saudi King Abdullah bin Abdul Aziz, Nasr comes as #47, just after Dr Abdul Qadeer Khan, father of Pakistan's nuclear bomb (and of a certain amount of nuclear proliferation). Of course such lists are ridiculous, and probably say more about the perspectives of those who compile them than about reality, but they still mean something. It is interesting that Nasr makes the list, and also interesting that his two main achievements are given as "Reviver of Tradition" and "Islamic Environmentalism." The list's authors consider the environment number 2 of the 12 "issues of the day," and put Nasr as the leading figure under that issue.

Among the full 500, I recogize two other Maryamis, two non-Maryami Traditionalists, and two others for whom Traditionalism was at some point important.

Thanks to I. P. for drawing my attention to the list.
No comments:

Email ThisBlogThis!Share to TwitterShare to FacebookShare to Pinterest
Other posts on: America (North), Environment, Maryamiyya

The "validity" of the Maryamiyya

Email ThisBlogThis!Share to TwitterShare to FacebookShare to Pinterest
Other posts on: Maryamiyya

Traditionalism and art in Jordan

An interesting comment on my post on "Traditionalism and art--and perhaps more than art" draws attention to the Institute of Traditional Islamic Art and Architecture in Amman, Jordan, which is evidently the Jordanian equivalent of London's VITA (Visual Islamic and Traditional Arts), now The Prince’s School of Traditional Arts. The Chairman of the Board of the Amman institute is Prince Ghazi bin Muhammad (born 1966), who is very involved in the Common Word initiative, as are a number of notable Traditionalists. Jordan definitely seems to be the Arab country where Traditionalism is currently faring best.
No comments:

Email ThisBlogThis!Share to TwitterShare to FacebookShare to Pinterest
Other posts on: Arab world, art, United Kingdom 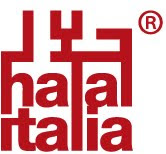 The CO.RE.IS has put together a certification scheme, HalalItalia, in cooperation with the Milan Chamber of Commerce, that was launched on 30 June 2010 by the Italian Foreign Minister, Franco Frattini–see photos here. The scheme is remarkable, in the current European climate of burka and minaret bans, for bringing about what is in effect the support of a European government for an aspect of sharia, backed by a commitment from leaders of industry.

How was this done? Fruit, presumably, of the Pallavicinis’ efforts over the years to present themselves and the CO.RE.IS as responsible and constructive partners for Italian institutions, as traditional rather than radical Muslims, as Italians rather than transnational. Fruit also of the brilliant idea of presenting the scheme as a way of improving Italian exports to the Muslim world, which no-one can object to, whatever one thinks on the heated issue of “integration” of Muslims in Europe.
No comments: