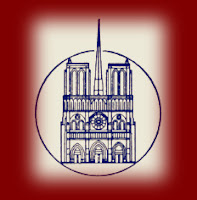 The complete set of Études Traditionnelles, 1960-85, that was looking for a new home (see earlier post) has now found one.

It was interesting, if not surprising, to see the number and variety of people who offered those numbers of the journal a new home.

Email ThisBlogThis!Share to TwitterShare to FacebookShare to Pinterest
Other posts on: Competitions, France, Research, Scandinavia

Schuon in an Indonesian doctoral dissertation

Syed Muhammad Naquib al-Attas is a venerable and celebrated neo-traditionalist philosopher in neighboring Malaysia, and thus in some ways close to Traditionalism, but not a Traditionalist. In her differtation, Dinar Dewi Kania compares the epistemology of Schuon with that of al-Attas, and finds some common ground: both affirm the position of metaphysical knowledge (gnosis) or ma’rifa as the highest knowledge to achieve the absolute reality that is God, and both also criticize the notion that separates the ratio from the intellect, stating that the intellect is a factor that will illuminate the ratio through intuition. The difference between them, she argues, is that they include their own conceptions in understanding reality, truth and intellect, resulting in a significant difference in the object of knowledge, sources of knowledge and the process of knowing.

According to Dinar Dewi Kania, Schuon defined things that may be known to humans as objects of knowledge, including the substance or essence of God, while al-Attas rejected this view and stated that the object of knowledge is limited to a permanent natural archetype in the form of the names and attributes of God. Schuon sees religious dogma as representing a relative truth, while the total truth obtained through esoteric gnosis that comes from the heart (intellect) is named subjective revelation. Perennialist epistemology is thus fundamentally different from Islamic epistemology, because it  affirms the spiritual union between the substances of man and God and thus is a form of monism or pantheism. Schuon’s epistemology also places religious sciences that are derived from revelation in a lower position than metaphysical knowledge obtained by way of meditation, whereas in the view of al-Attas, an authentic revelation (the Quran and the sunna of the Prophet) is the highest source of knowledge which has absolute value to be used for guiding empirical and rational science. Al-Attas's epistemological thought is thus in accordance with Islamic epistemology, constructed by the worldview of Islam.
1 comment: