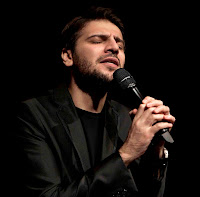 Yusuf, a million-selling artist who regularly fills football stadiums in the Middle East, performed a benefit concert for Nasr's Foundation for Traditional Studies and has collaborated with him on "Songs of the Way," a musical tribute to Nasr which features the latter reading his poetry on six of its twelve tracks. In an interesting interview, Yusuf discusses his Traditionalism. On his website, he describes "Songs of the Way" as follows:


The inspiration that animates this work, its life and soul, is the poetry of Seyyed Hossein Nasr, for it expresses timeless Truth and a life devoted to attaining it. The dimensions of this personal yet universal message evoke a diversity of responses, of spiritual states and perspectives, expressed in the Songs of the Way. The yearning lament of the kamanche and the ney, the interiorizing fervor of flamenco guitar, and the nobility of the classical Middle Eastern Sufi style all express human responses to a Divinity that transcends us. They call us to remember the Sacred within us, and ultimately, like everything beautiful, manifest aspects of Divinity Itself. And amid these tones there is the voice, the sound closest to our heart, which soars to evoke the cadence that we heard before the world was born.

Email ThisBlogThis!Share to TwitterShare to FacebookShare to Pinterest
Other posts on: Maryamiyya, Music scene

A private source informs me that Sami Yusuf is indeed a murid of SH Nasr.

Does the Foundation for Traditional Studies even exist anymore? Their Website vanished years ago and there haven't been any new issues of their Sophia journal in even longer.

Yes, that's one of three posts in the last two and a half years, all about unrelated events. Doesn't bode well.

It also continues to link to a dead page.